Only one sports-related find last week: a Billy Ripken bobblehead that I’ll eventually show here. Most everything else was video-game related, and has sold well so far. So we’ll delve some more into the past here. 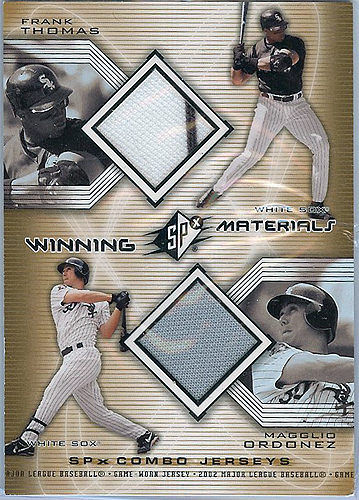 This was an eBay find for $1.00, and while I’ve considered reselling it, I’ve held on to it for awhile because I like it more than it’s probably worth. Having a game-used of Frank Thomas, especially with the stripe, is just awesome. Totally worth it. Maggs is just a bonus. And the design isn’t too bad, which is surprising for a dual-swatch card.

Baseball Stars may well have been the best baseball game on the original NES. Wikipedia explains why it was so awesome:

Baseball Stars was one of the first sports games to have data memory, therefore players could create a team, configure baseball league & play a season, and the game’s memory chip stored cumulative statistics.Baseball Stars was also the first sports game for the NES to have a create a player feature; giving gamers the power to name their players, as well as their teams. The game also introduced a role playing element; as each game played earns the winning team money, and the amount won is directly related to the sum of theprestige ratings of the players from both teams (as prestige determines how many paying fans attend the game). The money can be used to purchase upgrades to the various abilities of players currently on the roster, or it can be used to purchase pre-designed players (available in the Rookie, Veteran, and All-Star categories). Also a first, a hidden feature allows players to purchase female baseball players.

This thing sold FAST, too, and I understand. If I’d had a working NES to play this on, I might have been tempted to save it. 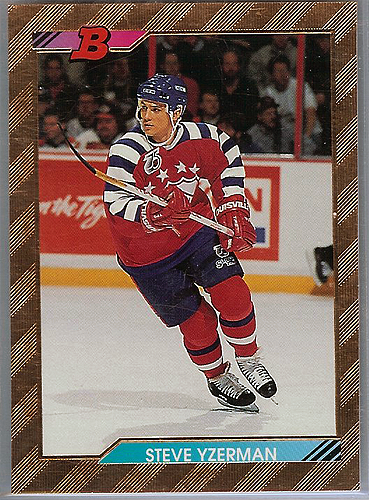 This was part of a previously-mentioned find that included a Wayne Gretzky auto and the 1986 Donruss Rookies set at a thrift store in Maryland. In fact, it was in the pack with the Gretzky auto. Considering the pack with the auto cost me 80 cents and this card alone sold for a couple of bucks, I’d say the investment was worth it.

This was another eBay flip that went from 50 cents to 2.00. Not a huge triumph, but the margin is excellent, and little finds like this add up. I also like the card, but I was a sucker for Igor’s Texas reign. 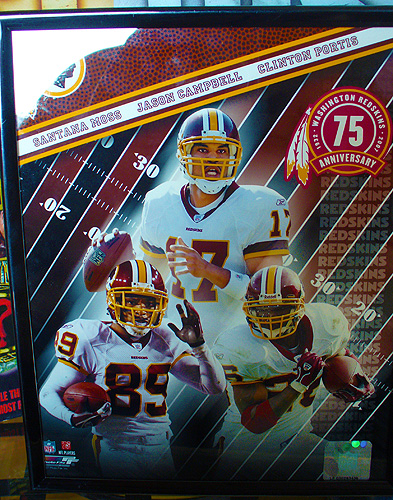 Last, I haven’t decided if I’m going to unload this or not. So only Clinton is still with the Skins, but at the same time…it IS the Skins. I’m just not sure where I would put it yet, and I’m not sure if it would sell for more than I purchased it for. Still worthwhile to own, either way.

Let’s hope next week is a little more productive, though I’m going to be at The National Saturday, so I’ll have an abbreviated schedule. Perhaps I’ll feature my National finds here? We’ll see.

Filed under Finds and Sales